Wikipedia tells us that today, 27 November is Lancashire Day, in the UK. Lancashire is a county in the north-west of England.
Lancashire Day is the county day of historic Lancashire in England. It is held on 27 November to commemorate the day in 1295 when Lancashire first sent representatives to Parliament, to attend the Model Parliament of King Edward I. I’m a Yorkshire gal, a northerner, but

I’m compelled to apologize for begin off schedule with the newsletter and posting on blog. I believe this is because Mercury in Sagittarius is conjunct Saturn in the sign. Thinking, publishing and form come together! It should be interesting (the … END_OF_DOCUMENT_TOKEN_TO_BE_REPLACED 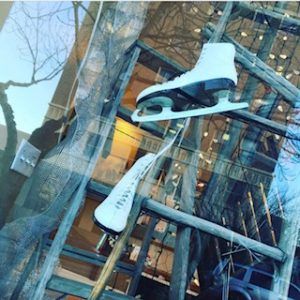 All weekend long, Jupiter moves closer into trine with Neptune. Our ideals are infused with new possibilities, particularly with Neptune now direct in its own sign, Pisces. Some of what we’ve already downloaded begins to make sense and flow. As … END_OF_DOCUMENT_TOKEN_TO_BE_REPLACED

Hi Elsa, Awhile back I read some advice you gave regarding betrayal. You wrote about the idea that if someone stabs you in the back, that knife is yours to keep forever. Now I’ve been pondering this, but have yet … END_OF_DOCUMENT_TOKEN_TO_BE_REPLACED

Sedna has an exceptionally long and elongated orbit. The orbital period is around 11,400 years. At the moment Sedna is about three times as far as Neptune, approaching the Sun, and coming to its perihelion in 2076.

Sedna is named in honor of the Inuit goddess of sea and marine animals. She is thought to live at the bottom of the frigid Arctic Ocean. There are several variants of the myth, but all of them agree that Sedna was a beautiful young girl, who became the goddess of the icy waters. According to Grey Eagle, a Native American ceremonial storyteller, “all the broken taboos and sins against the nature of the people fall through the water, to collect on Sedna’s body. When the accumulation is too great, Sedna sobs in pain.” The sea creatures gather by her door to comfort her, and in the above world there is hunger and sickness. Then a shaman must visit her in the deep waters and clean her body and comb her hair. When Sedna is happy again, she releases her mammals and allows the humans to eat from the bounty of the sea.

Astrologically Sedna has a strong association with climate change and other environmental issues. She reminds us that we should not be exploiting the resources of Earth. Sedna must be treated with respect.

Last week more than 15,000 scientists from 184 countries published a letter as a warning to humankind: “Soon it will be too late to shift course away from our failing trajectory, and time is running out. We must recognize, in our day-to-day lives and in our governing institutions, that Earth with all its life is our only home.”

The Arctic region is a unique area among Earth’s ecosystems. So far it has remained comparatively clean. The Arctic holds 1/5 of Earth’s water supply. Endangering this pristine area is inexcusable. Arctic oil drilling is dangerous, because in freezing conditions oil is known to behave very differently than in lower latitudes. An oil spill would have a catastrophic impact. There is no way to clean up oil underneath the thick ice.

Environmental organizations have filed a historical lawsuit against Norway. On April 22, 2016, Norway signed the Paris Agreement’s goal of limiting global temperature rise to 1.5 Cº. The subject of the lawsuit is the government’s decision to grant new oil drilling licenses in highly sensitive areas of the Norwegian Arctic. The first hearing will take place on Nov. 21, 2017, at Oslo District Court.

In one of the variants of the Sedna myth she is described as a hungry and greedy girl. She was so huge and hungry that she ate everything in her parents’ home, and even gnawed off one of her father’s arms as he slept. Humankind cannot afford to be greedy anymore. We have to face the facts and work together in order to save our planet.

I am loathe to write things like this because people have a transit coming up, they search it and then they terrify themselves over what they read. This is especially true when it comes to Pluto. Pluto spends on average, … END_OF_DOCUMENT_TOKEN_TO_BE_REPLACED