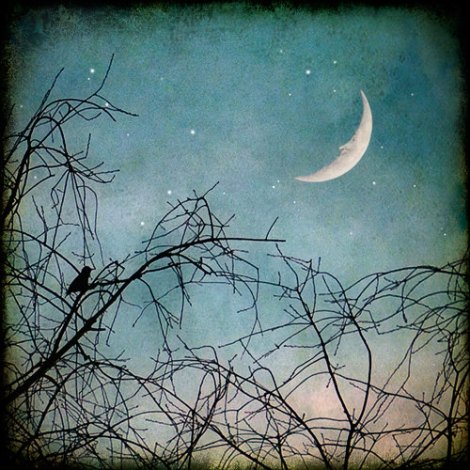 After a brief respite, earth and water have returned in force to dominate the sky. This New Moon at 04° 29′ Pisces on 23 February 2020, 07:32 AM PST is almost all earth and water with the only exception being Venus in fiery Aries. The tide is coming in high and fast! The best thing about the concentration in earth and water is it makes for a harmonious New Moon.

The Sun, Moon and Mercury form a stellium in Pisces with the luminaries closely sextile Uranus in Taurus and Mars in Capricorn. The Sun and Moon in Pisces are the apex of a small triangle with Mars trine Uranus as the base. Uranus always pushes the envelope because that’s the way it operates. Fortunately Pisces always chooses inclusion if possible and thus has a place within for whatever weirdness Uranus in Taurus offers up. The wonderful blend of compassion and creative innovation can produce great results though we may need to sit with our ideas until Mercury goes direct on March 9. Mars in Capricorn can help us come up with concrete ways to implement our plans when the time is right. As long as earth and water dominate the sky, taking a practical, common sense approach backed up by well researched facts with an eye towards helping others is best.

It is not a good idea to overlook the fact Mercury in Pisces is currently retrograde! F.Y.I. Mercury in Pisces will be exactly sextile Uranus in Taurus for the second time on February 28, and the last time on March 22, giving us more opportunities to refine and implement our plans.

Venus in Aries is all by herself, the only planet not in earth and water signs. She is tightly square Jupiter in Capricorn and semi-sextile Neptune in Pisces, an uncomfortable place at best. Being connected to the terrific Jupiter-Neptune sextile is a mixed bag for Venus. In Aries, she values her independence and has little interest in dancing to another person’s tune. Any time Venus aspects Jupiter, exaggerations creep in and in Neptune’s case, so do rose colored glasses. In other words, we might not know what’s real and what’s not when it comes to love and money. Wait before making long term commitments.

Other than adding to the total number of planets in earth, the slowly waning Saturn-Pluto conjunction in Capricorn is on the sidelines for this lunation. It is a potent force nonetheless, and for those who have personal planets and/or Ascendant from 24° to 27° in the cardinal signs (Aries, Cancer, Libra and Capricorn) Saturn and Pluto will continue to punch away at issues that need acknowledged.

Don’t let expectations about this New Moon in Pisces get out of hand. Instead, relax and sink into the moment. It is one of the calmest, most harmonious lunations we’ve experienced in quite some time, like walking on a beach where the waves meet the sand, breathing in air full of life and bright, clean energy. The ideas that seep into our minds subliminally can quietly sit there while we take time to absorb the possibilities. Tomorrow is another day. Peace and love to all.

Note: Timing is averaged for EDT to PDT.