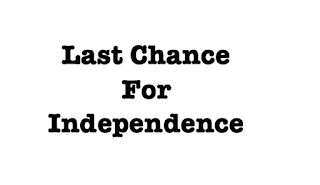 Uranus the planet of change, revolution, chaos, creativity, provocateur, brilliance, lightening and electricity will return to Aries for his final five month run before he heads into Taurus and says goodbye to Aries for 80 years.

Just to go over these last eight years of Uranus.  Uranus dipped into Aries in 2010, right when we were wrapping up the cardinal climax.  We had a number of earthquakes by the way.   Uranus retrograded back into Pisces.   Then after turning direct in December, Uranus showed us what he was about when a man set himself on fire in Tunisia and launched the revolutions in Northern Africa that would be coined “Arab Spring”.

As we all know the forces in power did not care to be dislodged and they pushed back on their citizens creating a mass exodus of refugees who headed for Europe.   Seven years later we end up with Europeans taking issue with their new arrivals.  Nationalism spikes across Europe and the UK ends up with Brexit.  In the United States we end up with the party of “Make America Great Again.”

In 2018, we begin a change again when Uranus moved into Taurus in May.  It only got a couple degrees into Taurus before it turned retrograde during the summer and now it will move back into Aries for a final five months on —-drumroll—- November 6th,  the day of the USA midterm elections.  Uranus will move back into warrior Aries at 1:58pm EST on election day.   I would imagine how the day starts will not be how it finishes.   Taurus is much more quiet than Aries so something louder will be found at the end of the day.   We will see if inner Aries warriors are launched one more time.

Uranus will remain in Aries until March 9, 2019 where it enters Taurus and stays until July 25, 2025.   Expect financial institutions to get shaken not stirred during these years.   It is worth noting that last week the stock market dropped and all the earnings for 2018 were erased in one day.  Including the Nasdaq which is the tech exchange. Uranus of course rules technology.  This could be a calling card to what is coming in 2019 when Uranus turns direct on January 6.  Remember Uranus turned direct in 2010 and the man set himself on fire, what will see in 2019 when it turns direct and heads for Taurus. Taurus rules land value and that could get rattled and yes, throw in a few earthquakes.  Those of us with small household nuts will take the least hits. If your gut is telling you your outgoing is way too vulnerable to your incoming—consider downsizing.  The Aries energy speaks to survival.   During these final months of Uranus in Aries we may have knee jerk responses that at first could be over reactions and based on ‘thin skiness’ OR the energy is based on something deeper and it speaks to our survival on any subject matter—love, economy, housing, health—you fill in the blank.  Just take a minute when you have an impulsive reaction and ask is there more to it?   If not, move on.  If yes, consider if this is a sign you need to make a change for your survival.  Just know while Uranus is in Aries you may have the exact amount of energy to get the job done of making real changes. 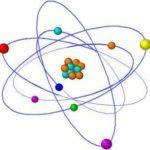