Astrological Jupiter: Planet of Politics, Finances, Ideology, and Expansionby Jude CowellAugust 12, 2020: Now that 2020 Democratic nominee Joe Biden has named Senator Kamala Harris as his VP choice and running mate, we can be reasonably assured that the October 7, 2020 VP Debate in Salt Lake City, Utah will be between Senator Harris and current VP Pence. If this debate is held, and if these are

Monday morning, Mercury in Leo hits peak square with Uranus in Taurus. It’s sensual and mental shenanigans, but they definitely have the makings of some sort of creative returns. The news may be weird or jarring, but weird or jarring … END_OF_DOCUMENT_TOKEN_TO_BE_REPLACED

Uranus turns retrograde on August 15th at 10 degrees Taurus. I know retrograde periods worry some people, but personally I see this as a positive. Like the picture, it may be scary at first glance, but a closer look shows … END_OF_DOCUMENT_TOKEN_TO_BE_REPLACED

Every year on and around the 8th day of the 8th month of the year (August 8th), there is a cosmic alignment called “the Lions Gateway”. This gateway is marked by an alignment between the Earth and the star Sirius. As the star Sirius rises in the sky, Orions Belt directly aligns with the Pyramid of Giza, and from our perspective on Earth, it appears that Sirius (the brightest star we can see)comes closer to the Earth. 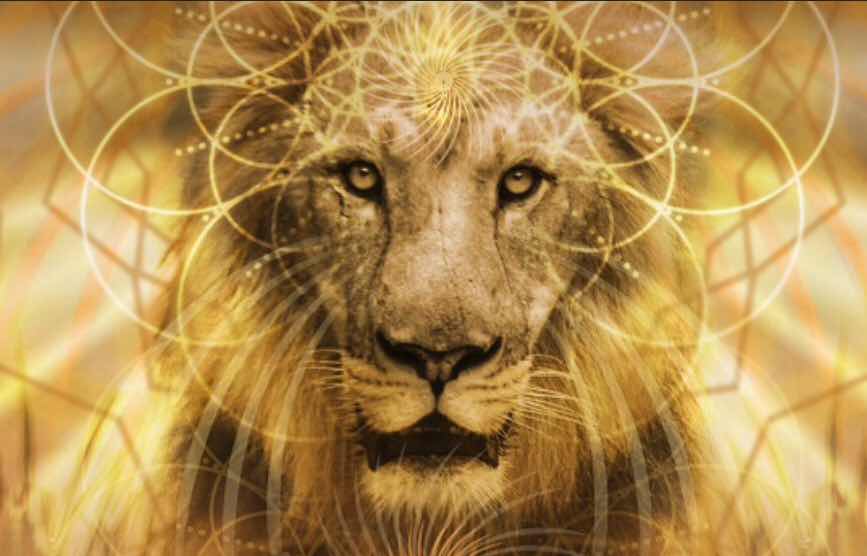 “This alignment is called the Lions Gate, or Lions Gateway because it occurs when the sun is in the sign of Leo (the Lion). As a Zodiac Sign, Leo is associated with the heart center and represents the individualized expression of the Divine.

Since ancient times, it has been taught that Sirius is the “Spiritual Sun” because of its alignment at particular times with the spiritual and physical plains. Its energetics, like most other cosmic events, comes directly from the “Great Central Sun” which is also called “Alcyone”—itself a major portal of LIGHT which sends energy to the Sun of our galaxy and then on to Earth/Gaia.

When this alignment happens, there is an intense surge of lightwhich awakens DNA, activates the human energy field, and transmits high vibrational frequencies and codes of awakening. The Lions Gateway energy is all about more fully awakening your Divine Light and embodying Divinity within a physical form.”

Leo energy is associated with royalty, and is about our personal sovereignty. Leo’s rules the Heart – and as it happens, Venus, symbol of Love and Beauty, is currently passing over the Collective Destiny Point (North Node of the Moon)

And the Moon is in Aries right now ~ very close to Chiron ~ the Wounded Healer. 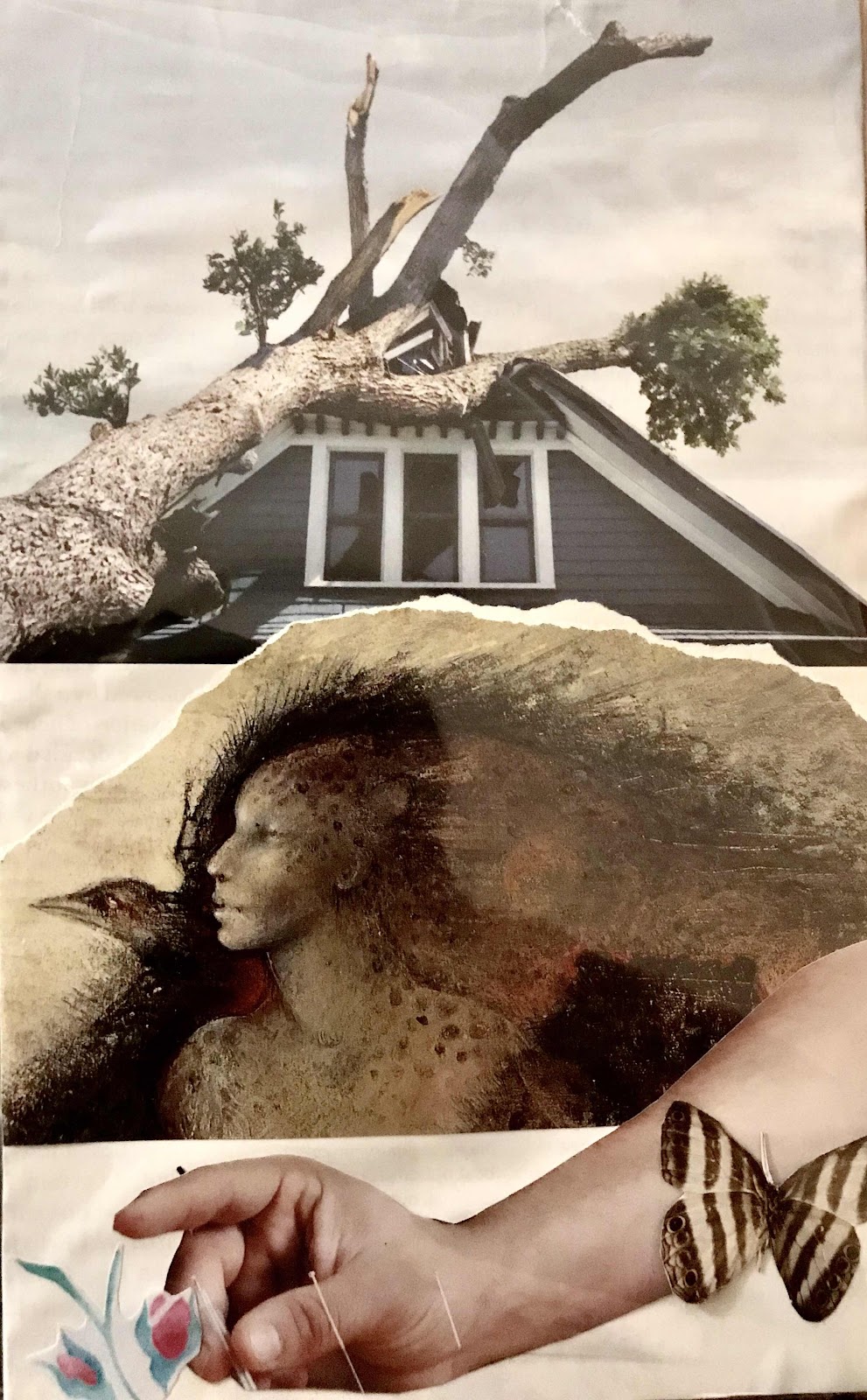 Put it all together: Our destiny is to heal the Wounds to Self that keep us separate from who we truly are. We are all part of the universal life force that is pure love. ‘As within so without.’  We are the one we have been waiting for! ❤️

Take some time today to celebrate your sovereign self ~ your true destiny  ~ which is LOVE! ❤️ 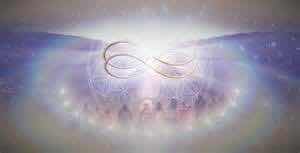 You know you want to 😊

Uranus spends half the year retrograde.  This year when it stations retrograde it will join Jupiter, Saturn, Neptune and Pluto who are already retrograde.  Uranus is the mad scientist and the revolutionary and is not exactly comfortable in earthbound Taurus.

As we have discussed, but it bears repeating, the last time Uranus was in Taurus was 1934-1941 which was the bottom of The Depression.   During that period FDR launched many programs that we still rely upon today such as social security, which at the time were considered revolutionary.   Boundaries that are physical such as international borders were violated in the 30’s and launched conflicts including WW2.  Dictators emerged quickly.  Farming and food manufacturing is ruled by Taurus.  Drastic changes impacted the country during the 1930s Dust Bowl, when land was parched and crops failed.  Throngs of Americans pulled up stakes and moved to better opportunities as depicted in John Steinbeck’s The Grapes of Wrath(1939).   At the same time the technology of food expanded including the frozen food industry.  Taurus is land and Taurus is jobs.   In the 1930’s large projects under the WPA were launched, including pavers who built over a million miles of road.   Currency and money is Taurus and during the 1930s Britain took the pound off the gold standard followed by FDR a few years later.

That’s a tiny thumbnail of history of Uranus in Taurus in the 1930s. Accent on the word, ‘tiny.’   I often bring up the bigger picture of the 1930s Uranus in Taurus around our current retrograde and station directs of Uranus transit in Taurus.   Case in point, on January 10, 2020 two days before the Saturn-Pluto aspect and on the same day as the Solar Capricorn eclipse, Uranus stationed direct and I asked you to assess your money and resources.  I asked what had you learned between August 2019 and January 2020 about your finances, property and did you feel solid?  I asked what changes can you make to feel more solid in an economy that is going to have a lot of fluctuations during Uranus in Taurus.   I also asked if you have any innovations or ideas which are ruled by Uranus that perhaps could serve your personal finances and the greater good?   I reminded you that Uranus is the higher octave of Mercury so brainstorming and communicating with others on your idea or solutions to financial issues could be important.

This is not to make me Ms. Smarty Pants, I am not, but, seriously, think about all those questions now in light of Covid19.   Industries are forever impacted.   How we make our way through our day now (in this era) is not the same from a year ago. Not the same even from January 10th.

Down On The Ground Level

Given all that we have in front of us it is safe to say how we are making through our day now could not look the same in January 2021.   So, now with all that in mind, consider this five- month period of Uranus retrograde as an opportunity to research changes that you may want to make that  are innovative, tighten up your skills, solidify your finances and are rooted in soundness but still allow for nimbleness.   If you have planets between 6 and 10 degrees of Virgo or Capricorn, you may feel inspired with new ideas and electric bolts of innovation. Hit while the iron is hot.    If you were born April 25- April 30, July 29-Aug 2, Oct 29 – Nov 2 and Jan 27 – Jan 31 you may feel like the changes around you are akin to a rug being pulled out from your feet.   Reach out to friends, get support where you need it.    Breathe.  Seek others who are going through the same experience or have been there and know that in your new landscape you can still find your place and may even thrive.

Also, do not be afraid to play.  Uranus with all his disruption and chaos is also good for some play.   I was once in a restaurant when a squirrel ran in jump on some tables, people screamed, then ran towards the cooks who yelled and then ran back out on other customer’s tables.  It looked like a scene from a Pixar film.  My son who was young thought it was the greatest 60 seconds of his life.  My husband and I could not help but laugh as well.  I remember thinking, “What’s messing with Uranus today?”  It was just pure chaos and over in a minute.     Crazy squirrels may show up in all our lives during the Uranus retrograde especially given all the other aspects the rest of the year.  If you can try to find the humor in the absurd, it is a great way to relieve pressure.

This weekend starts with a bumpy Moon in Aries

As we have discussed we are watching all the cardinal moons with a bit more eagle eye given the tensions between Mars in Aries and Jupiter, Pluto and Saturn in Capricorn.   While the warrior planet (Mars) gets into it with its large and powerful planets the moon is also is in the mix whenever it is in a Cardinal sign. This weekend Moon has joined Mars to throw in a few emotional shots.  You know the pal sitting next to you and says, “What did that jerk say to you?”  That’s the moon this weekend.

On the 9th the Moon leaves the fight zone and we are left with the following tensions.

We should anticipate charged up thinking.  Breakouts and breakthroughs thinking but not without stresses, tensions and perhaps fights.   The run up to the 13th with Mars and Pluto’s first tangle is a push on raw power versus power behind the scene.  Or a four star general versus a spy.

Harnessing your forces is critical.   Where are you best serve to bring your a-game?  We should anticipate big stories about power grabs and push back.    Followed by Uranus’s retrograde which is an annular event but given so close to the Mars/Pluto suggests  that information will be important to the journey of Uranus and all the big changes that may come forward in 2021 when he turns direct January 14.  Prepare for squirrely energy.

8/10: Mercury square Uranus.  Disruptive, chaotic thinking.  Breakthroughs that push back on ego.  What’s under the ego?

Last Quarter moon:  Now we do the final adjustments to the seeds we planted on new. The final call, the final letters to send, we follow all the trails that came up that still make sense.  And we let the other parts lay fallow. It is a time of action but wise action.  It is a time for living “The serenity prayer”

God, grant me the Serenity
to accept the things
I cannot change Courage to change the
things I can, and the
Wisdom to know the difference.

What actions are you taking that are building something from the ground up?  How are you getting into the ground, physically?  How are your emotions connecting to concrete actions?

Friday night, the Aries Moon trines Mercury in Leo and goes on to conjoin Chiron overnight. That’s a mood to prowl and the attitude to go with it. It does heighten the ouch factor if things don’t go as planned. … END_OF_DOCUMENT_TOKEN_TO_BE_REPLACED